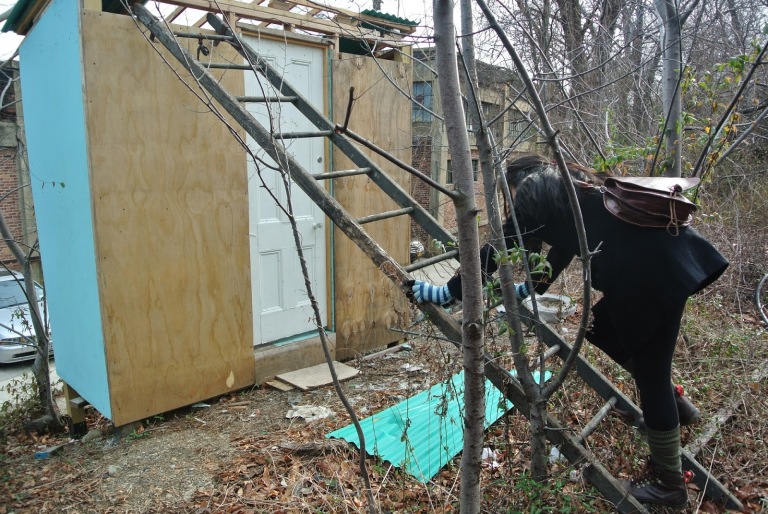 Actually if you look closely out the 7 train heading towards Queens you can see the still box carts on the track.

In one of the movie scenes, Sid is brutally playing with his disfigured toys in his unsightly backyard. 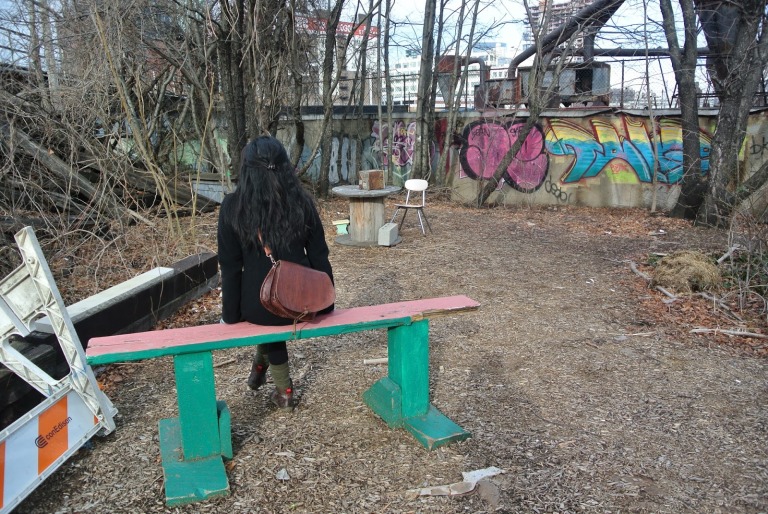 While my friend and I were scoping out the garden I happened to see a rusting dinosaur toy stuck between tree branches and the scene immediately played in my head.

While in season this garden is taken care of by the community and nearby students that go to Aviation High School and La Guardia. 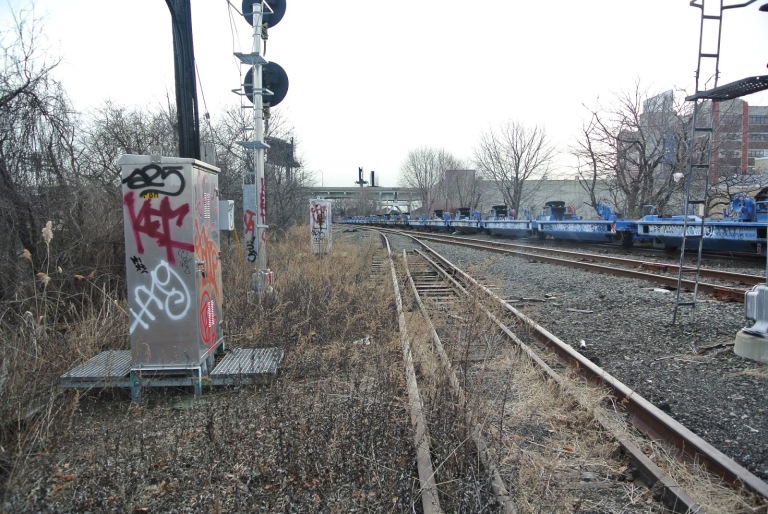 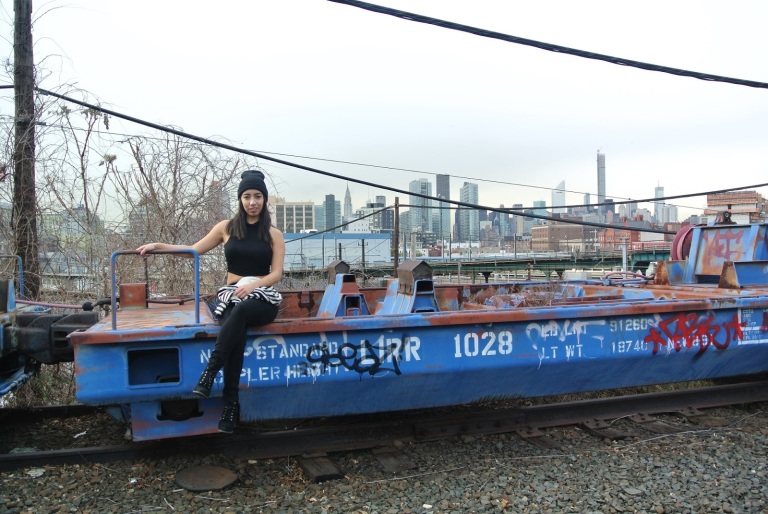 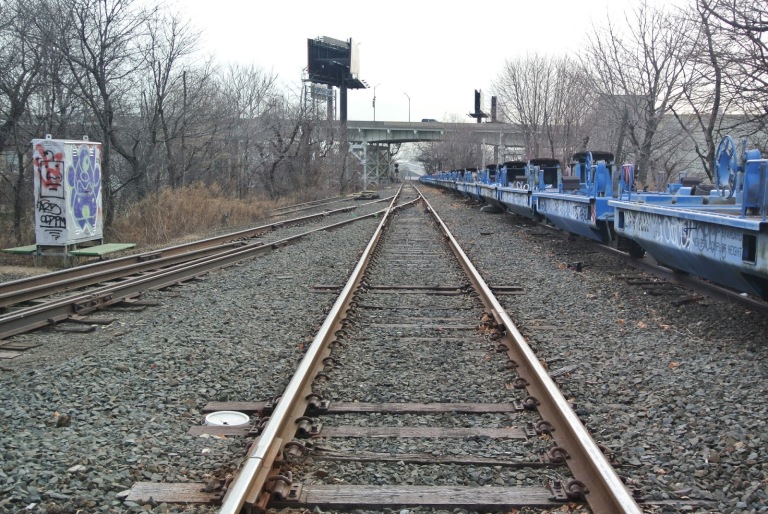 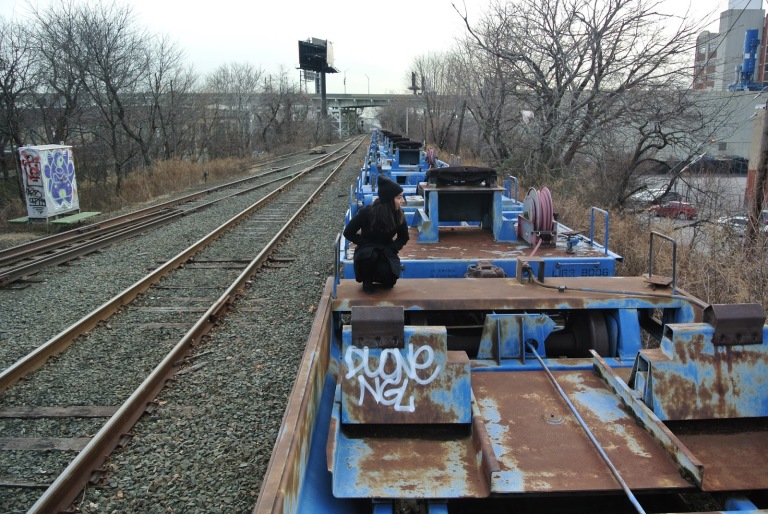 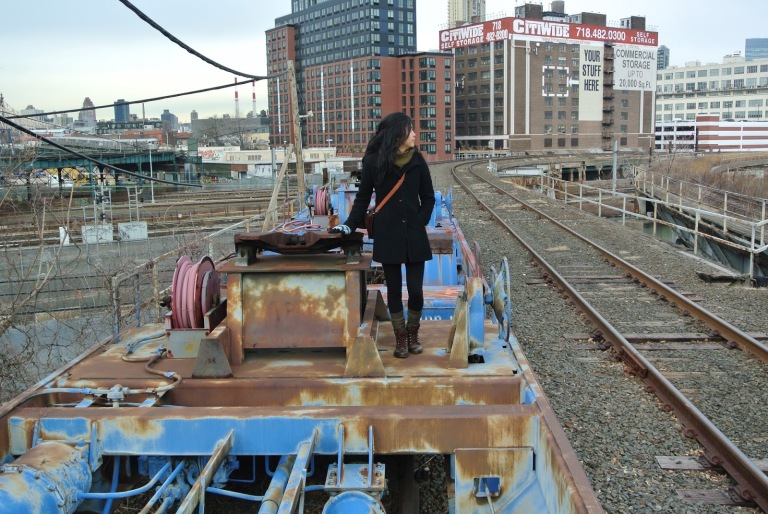 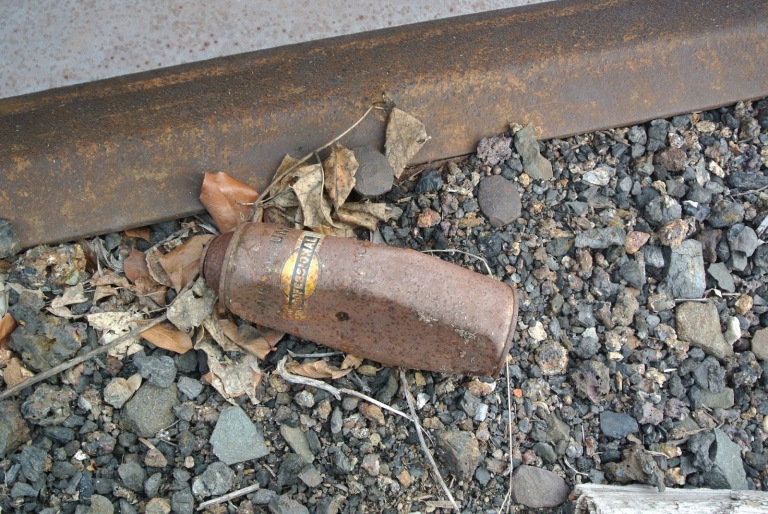 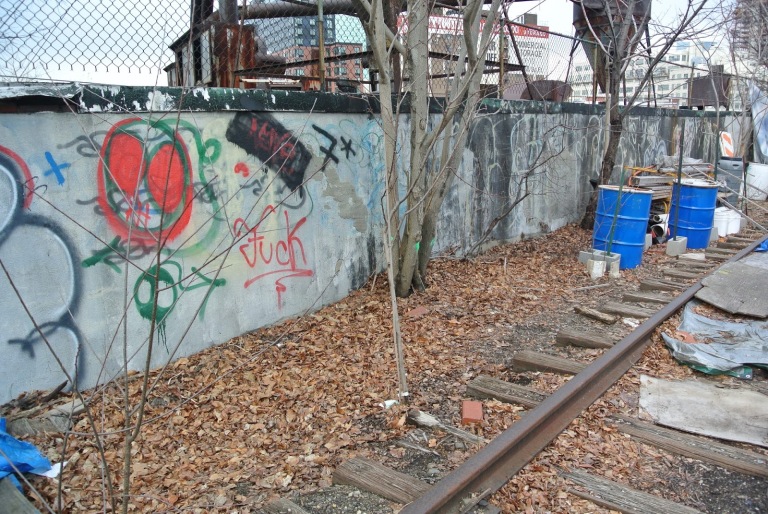