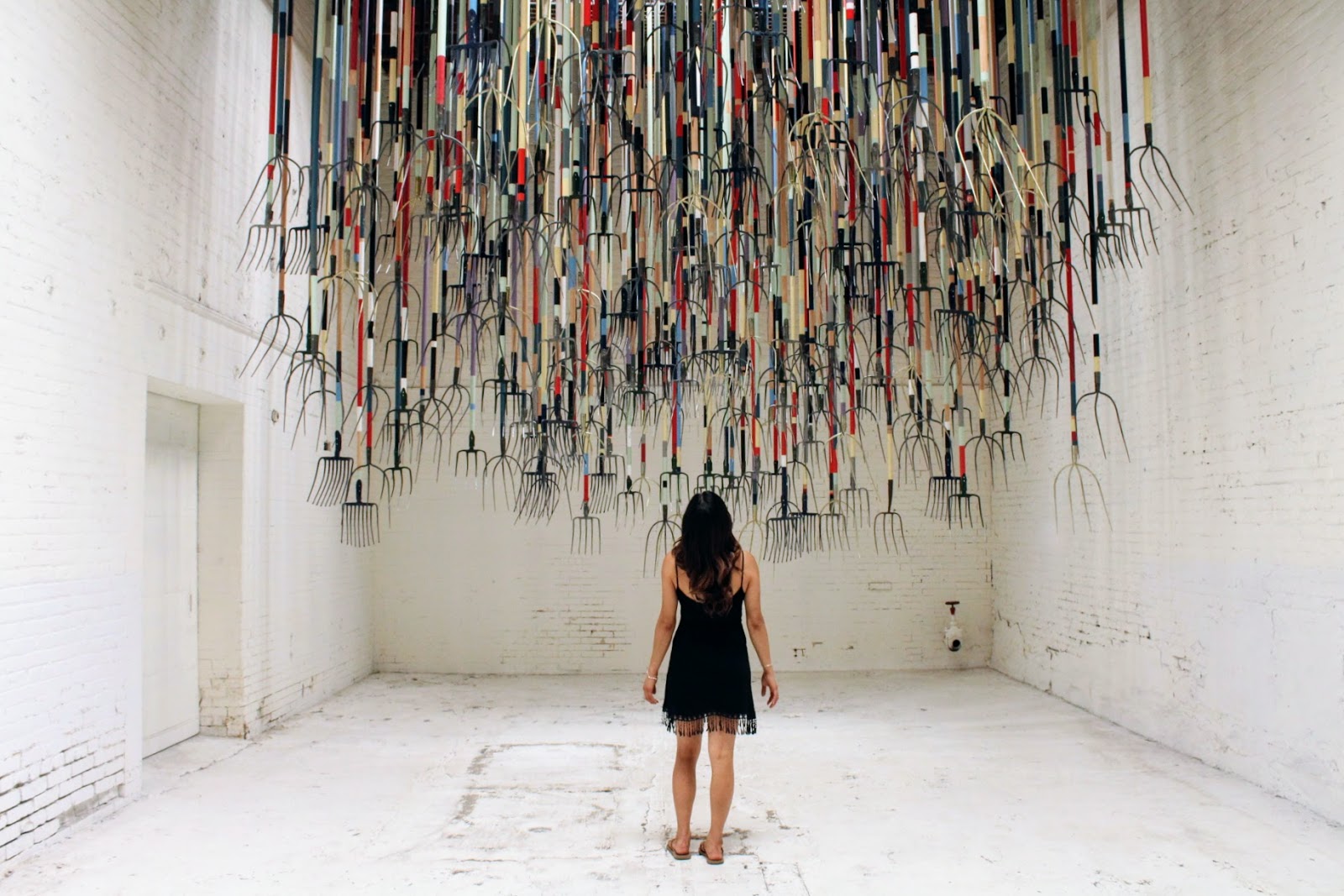 As my friend Vanessa and I were headed to 14th Factory, a massive pop-up art space in the industrial area of Lincoln Heights, we weren’t quite sure if we were headed in the right direction being that everything around us was completely abandoned.

Once we parked at our supposed destination, I looked around and noticed a large freshly painted black and white building that screamed “pop-up”. Having lived in NYC, I’ve had my fair share of attending art exhibits and events at many warehouses in Queens and Brooklyn. So I figured, we were indeed at the correct location. 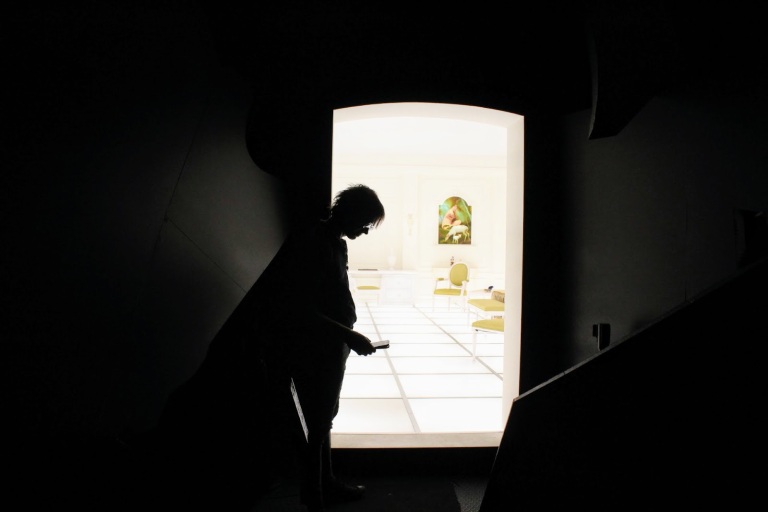 Upon entering the warehouse you walk into pitch black space. Vanessa and I had to bring out our cellphones to make sure we wouldn’t end up in the walkways side gaps. Once our eyes began to readjust we walked by large pieces of metal shard which then led us to my favorite room in the pop-up, a replica of the final scene from the 2001: Space Odyssey film.

The room was so bright it took a few seconds for our eyes to readjust being that we had just walked for 5 minutes through complete darkness. I have to admit that I’ve never watched this Stanley Kubrick classic but after walking through this room it’s now added to my film list. 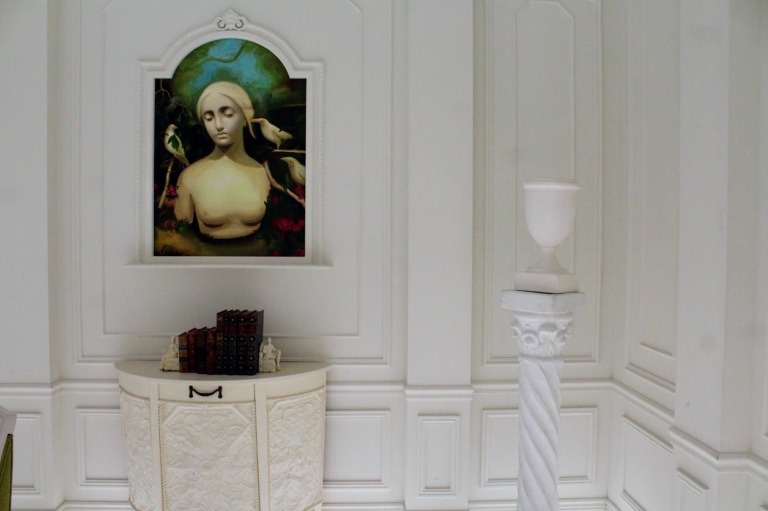 According to Simon Birch, the artist behind the exhibit, all of the props from the film had been destroyed as demanded by Kubrick. Luckily his friends uncle was the original set designer which made it that much easier to recreate the set. Before you enter the room you’re asked to take off your shoes. Setting foot in this immaculate room felt so futuristic but just as you’re beginning to soak in the experience, you’re asked to wrap it up. Each patron is given about 2 minutes to enjoy the room. 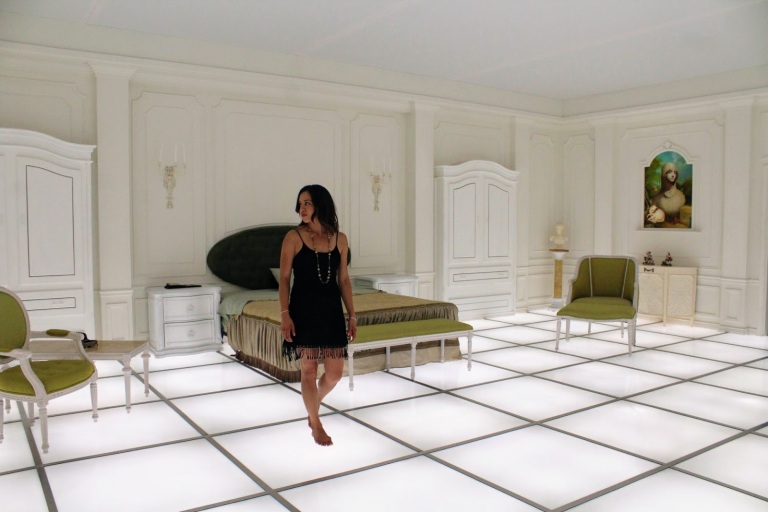 Birch had collaborated with 20 other artist to create this immersive space allowing patrons to become central players in this well thought out 14 installation adventure. The idea behind this project is to challenge the current political climate by celebrating diversity and defeating obstacles as a society.

To get through into the other rooms you have to pass by a green lawn with a crater and swings before entering the most instagrammed room of all, the pitchfork room or it’s official name The Crusher.

Hanging from the ceiling are hundreds of colored pitchforks dangling over your head. Not my favorite scenario but I must say it makes for an awesome photo. If you hashtag #14thfactory on Instagram you will come across many creative poses, which is what led me to this factory in the first place.

Simon Birch’s story is quite interesting. He wasn’t trained to be an artist but picked it up as a hobby while living in Hong Kong. He slowly started to become known amongst wealthy people who were commissioning him to paint them. As Birch was beginning to host solo shows he was diagnosed with cancer and only given a few months to live. 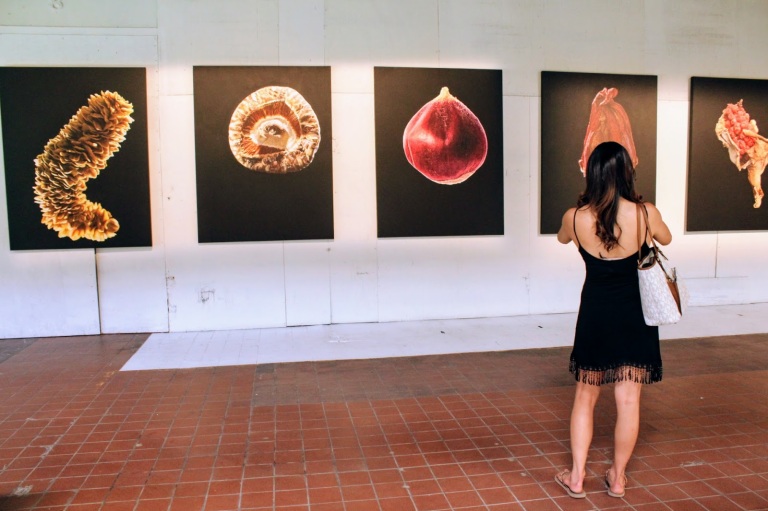 Thankfully he beat it and began to work on the 14th Factory. Finding the appropriate space for this project took some time. He originally planned for Hong Kong and New York but when he found this giant warehouse on the outskirts of downtown LA, he put all of his energy into utilizing the space.

In order to create this project he sold everything he owned and states that 14th factory will stay open as long as people continue to go and donate money. As I was snapping some photos of one of Movana Chen’s pieces, one of the gallery associates walked up to me and gave me a breakdown of Birch’s story. If it weren’t for his explanation, my understanding and appreciation of this space wouldn’t have made sense.

The rooms range in creativity each leaving you with a different perception. One of my favorite video installations being footage of a large group of Chinese men fighting each other. 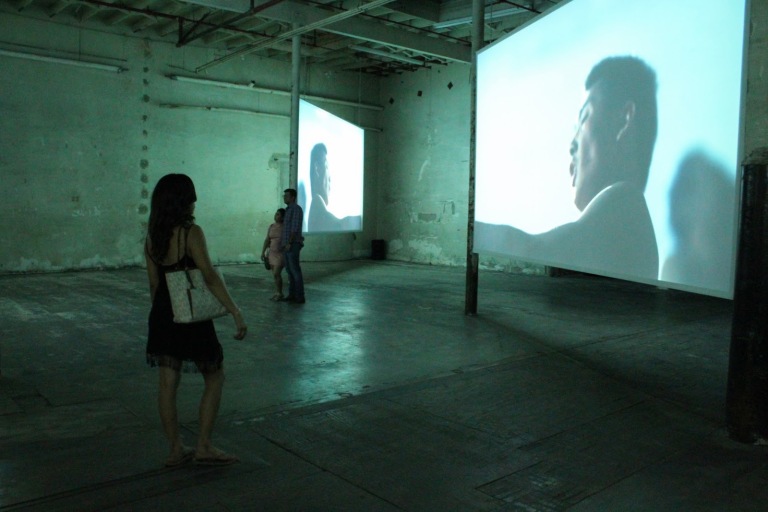 Birch even used his own Ferrari for a project in which he films his car getting into a car crash from different angles. The left over bits and pieces of the car are displayed in the room following the footage. 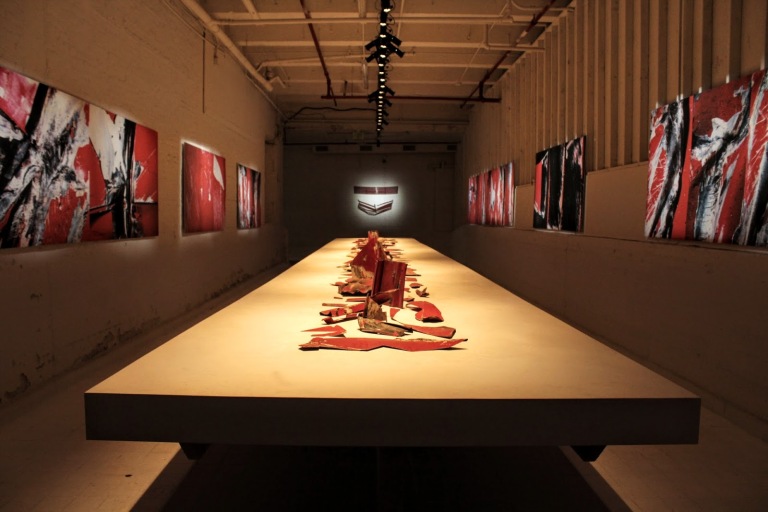 Towards the end of the exhibit you can enter a room filled with crowns, giving the space a royal feel. 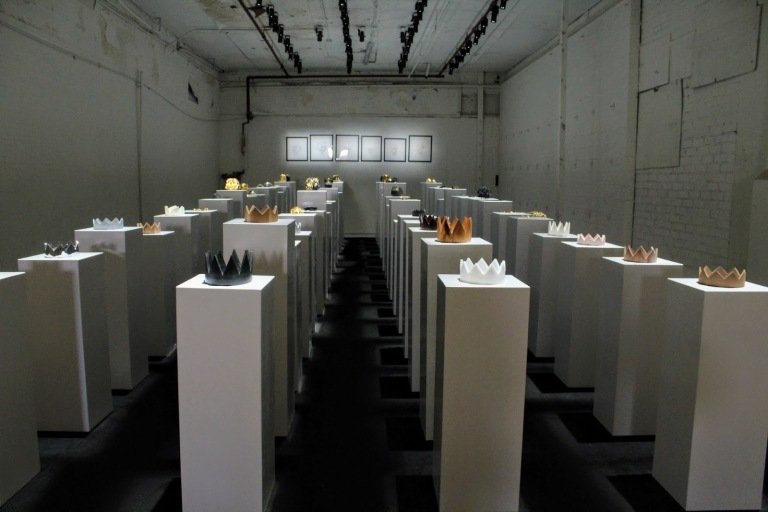 One can easily spend a day roaming this warehouse, Vanessa and I were there for a little over two hours giving each room the same amount of attention. Once you are finished with the indoor installations there awaits some more pieces outside of the warehouse.

Like I end most of my post, I highly suggest you go visit, especially given the amount of effort Simon Birch and his collaborators put into this project. You can purchase your tickets online for $18 or at the door for $20. It’s not like your traditional museum experience which makes it that much more intriguing. Go check it out!

There was an error retrieving images from Instagram. An attempt will be remade in a few minutes.