Skip to content
One week into living in Spain and out of nowhere I was told that staff had a four day weekend, or as the Spanish like to call it, puente. As any Teaching Assistant will share with you, working in a school has its perks, days off being one of them. 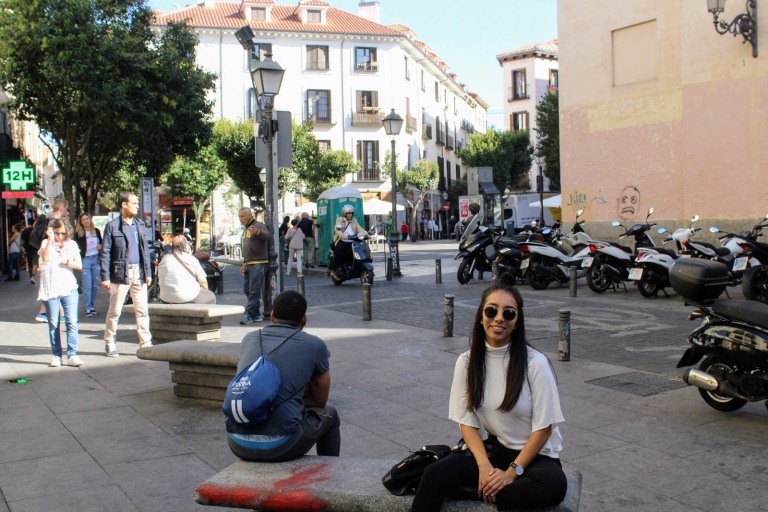 Puente, bridge in english, refers to the day off to bridge the holiday and the weekend. So in this case, we observed a religious holiday.

I have so much to learn and see in my city of Burgos but I decided that for the puente and my birthday weekend, I wanted to visit the capital of the country, Madrid.

Located only two and a half hours south of me, I wanted to surround myself with the big city vibe. Diversity, street art, a smorgasbord of food, you get it, your basic metropolis. So on October 12th I bused it down around 7am and arrived in sunny Madrid just in time to wake up with the city.

I lucked out with the two hostels I stood in. Thankfully, they were both centrally located, and cheap of course, making it extremely easy for me to navigate around the city and splurge a bit on food.

The two neighborhoods that I spent a majority of my time in are called Malansana and Lavapies.

Malasana is like the Williamsburg of Madrid. A barrio filled with hip cafes, boutiques, bars, markets, plazas, and tons of youth and young adults. 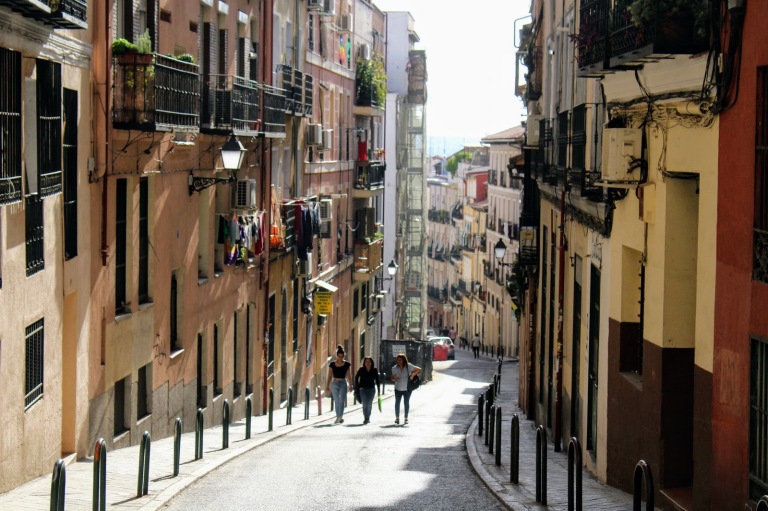 At night as the vendors pack away their merchandise, the streets slowly pack up and become occupied with cool kids. Restaurants and bars are filled with people standing and munching on tapas and sipping on beer. As it gets later, you can hear bars blasting the music every time a person swings open the door. As in most of Europe, the parties don’t stop until the next morning.

In this barrio you can find a number of other things to do if you aren’t in the mood to shop or sit at a café. Feel free to check out the Museo de Historia and for free let me add. 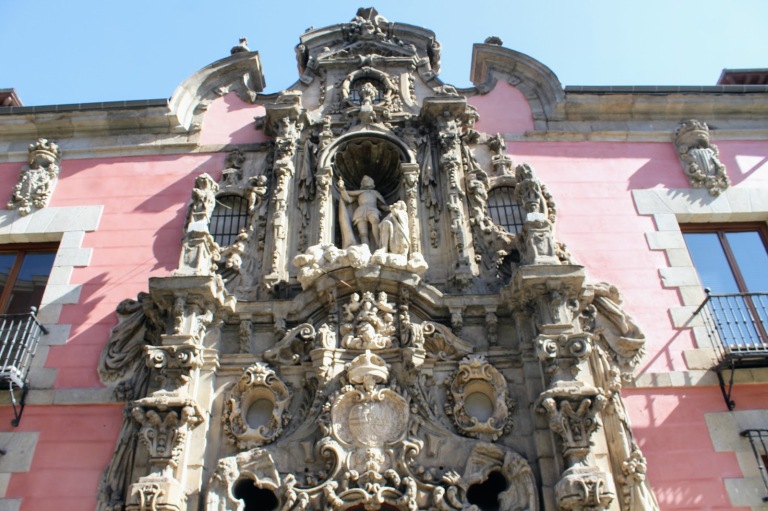 The Centro Cultural Conde Duque is close by and offers its visitors a range of different exhibits. 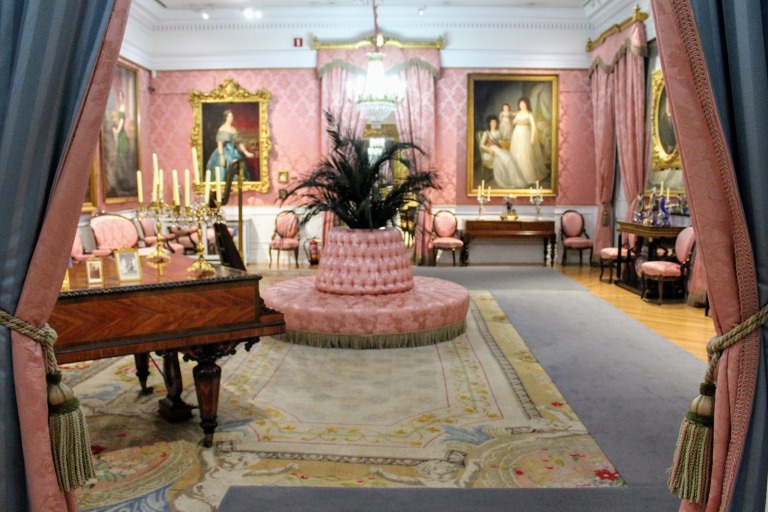 There are a few churches in the heart of the barrio that you can check out as well. Whether you’re religious or not, the architecture can surely be appreciated. The Church of San Antonio de los Alemanes is beautiful and not to far away is Iglesia de Nuestra Senora de la Buena Dicha. 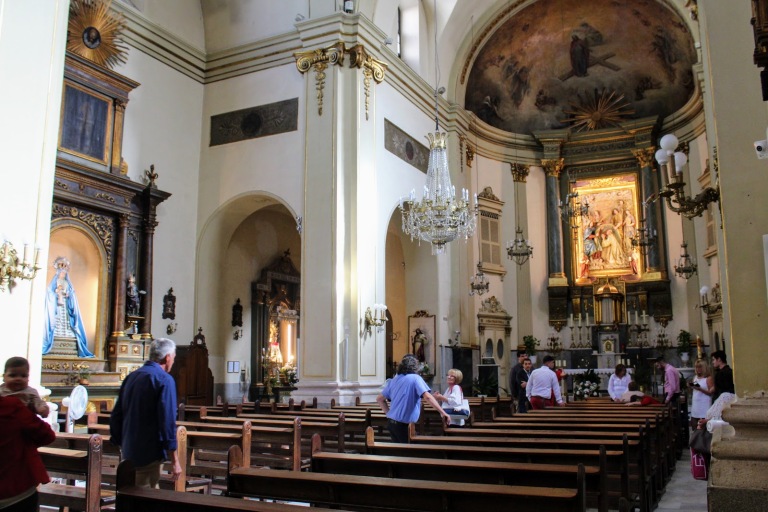 Lavapies is also centrally located and next to other major barrios. In fact, you have to walk through a few to get to both Malasana and Lavapies. Right next to La Latina Barrio lies Lavapies, or wash feet in English. 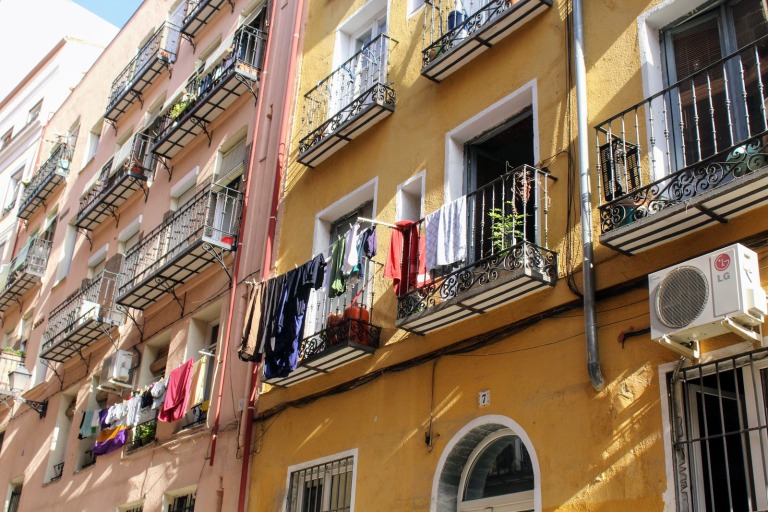 Back in the day it was looked upon as a working class barrio but now with a new wave of immigrants that occupy it, it gives it a new cool air that attracts outsiders to see what it’s all about. 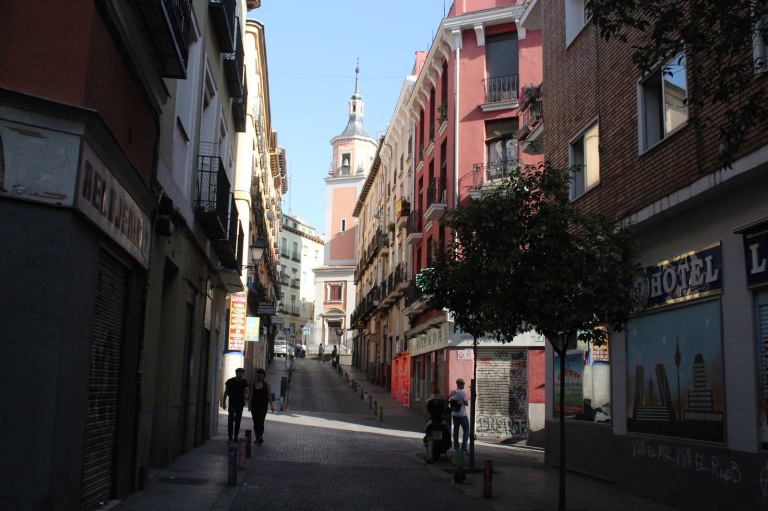 This barrio has become an enclave for African, Middle Eastern, and Asian immigrants. The vertical slum, as some may call it, has a number of foreign shops lined up and down the hilly streets.

In these barrios you can also find cool street art, as with most cooler neighborhoods in the world. Both barrios are filled with tall buildings, balconies, and vibrant colors.

Unfortunately these neighborhoods have had a drastic increase in rent and removal of it’s original residents due to gentrification, whats new right. As seen in most major cities, once a neighborhood is deemed “cool” people with more money move in, hipster cafes, book stores, and so on get built, and the og’s of the hood are left with no choice but to move to another barrio or maybe even the outskirts of the city.

I have to admit that I have been to Puerta del Sol a few times, mostly just to charge my phone at the Apple store and in passing to get to the much “cooler” neighborhoods. Many tourist stay within this plaza and don’t make much of an effort to go outside of their comfort zone, but as we all know, these neighborhoods are what help make up the soul and curiosity of the city. 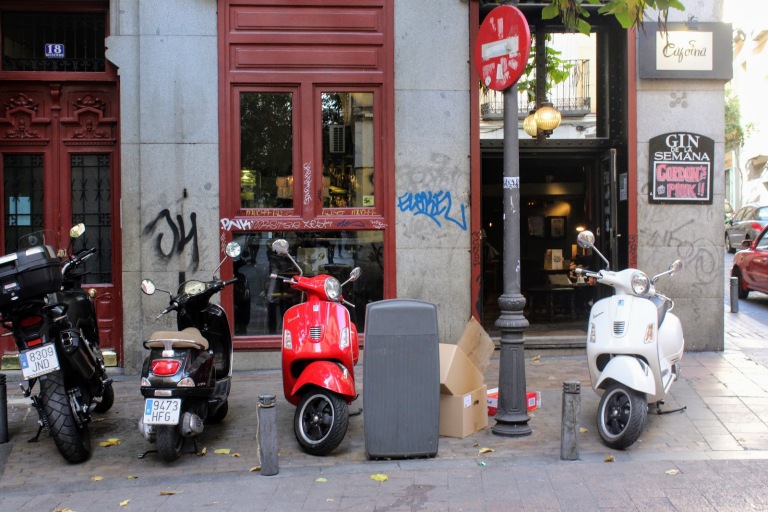 I only touched on a couple of barrios, but I will be making my way back to Madrid at least two more times during my stay here. I plan on visiting Barrio de las Letras, Embajadores, Atocha, and Chueca.

Visiting a city once is truly never enough. People can make up their mind with one visit which is totally fine, but deep down I know if I like a city, a couple more trips are due in order for me to get a better understanding of it’s makeup.

See you in December Madrid! I’ll be back to pickup my Turkish visa and explore more of your goods.

Its the high waist and absorbency for me 🌼
Getting the urge to purge and spring clean, or just procrastinate.
Powdered sugar 🤍
This had been on my list for sometime.
The closest I’ll come to having a street named after me
%d bloggers like this: