This beautiful city of over 500,000 grew on me with every day that went by. Serving as the capitol of Lower Saxony, I had the opportunity to spend over a month in Hannover, riding around on my bike, watching countless World Cup games at local cafes, and simply living like a local. It was perfect to say the least. 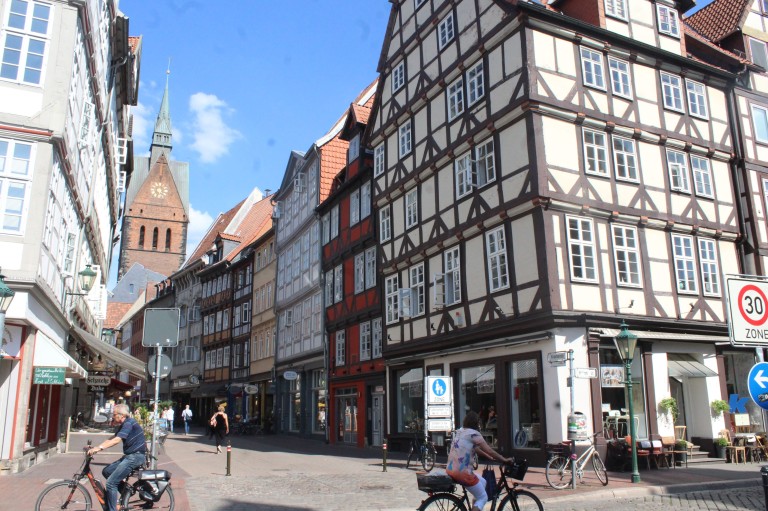 After my trip to Morocco, my partner convinced me to spend the rest of my time in Germany with him before my visa expired. 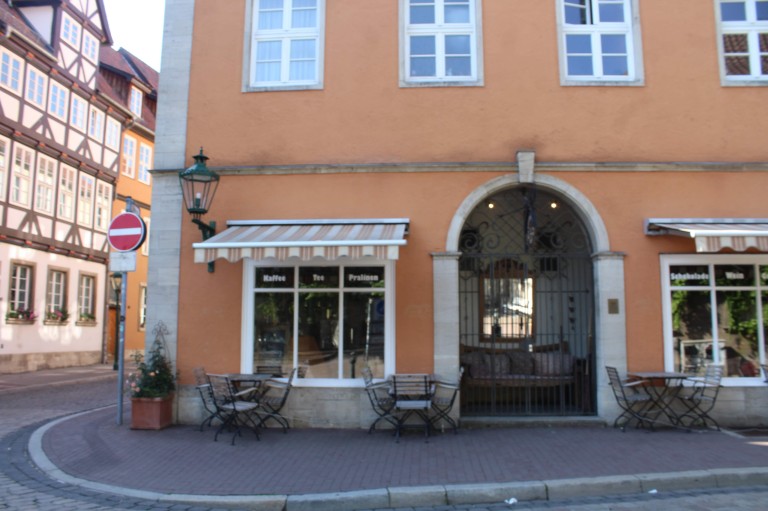 It ended up being the perfect way to spend the remainder of my time abroad. I had absolutely no obligations, expect planning my move to LA and exploring this German city with my honey.

My first week was spent bumming around and watching practically every World Cup game and Doc Martin rerun that was on. My teaching contract had ended a month prior, which meant I was limited on funds but creative on my approach to enjoying this freedom.

Don’t get me wrong, I absolutely loved my apartment in Spain, it was centrally located and had the most gorgeous view of the main plaza, but since I didn’t have to work in Germany, I got a great feel for the city. 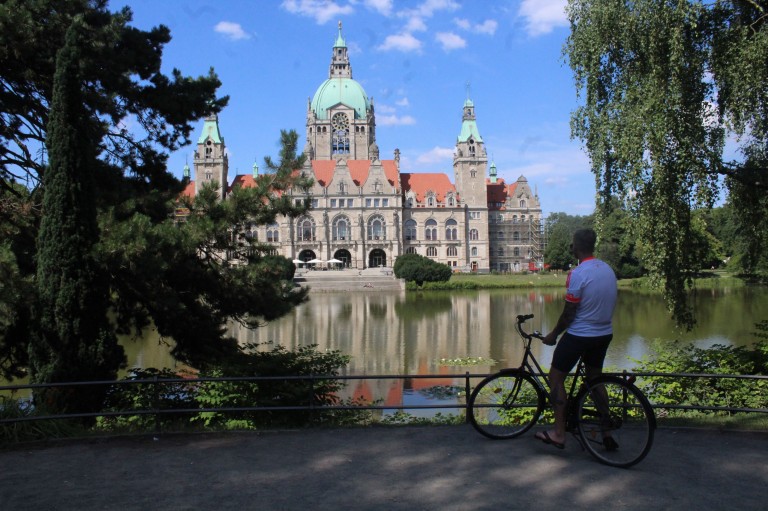 Once my bummy days were over, my partner decided it would be best if I had a bike to ride around in so we can make the most use of our time. On an app I cant recall at the moment, he found a super duper cheap old bike that an older Turkish gentleman was selling.

On I hopped on the back of his bike, which is how we had been riding around the city by the way, and we took off to the other side of town to pick up this 35 euro bike. It was rusty but very vintage looking, I felt very European on this bike.

Now back to some more information about Hannover. Back in the day, I’m talking medieval days, this city was filled with many fishermen, the city rests on the River Leine and made it a perfect destination for trading goods. Since then, the city grew drastically and quickly became industrialized. The population began increasing drastically and many churches were built in the 14th century.

With so many years of progression, it came to a halt and a series of sad years before and during the second world war occurred. In 1938, a large number of Jews who resided in the city were expelled and left stranded at the Polish border. A total of seven concentration camps were created in Hannover.

This city was raided by bombs over fifty times, mostly in the center and in some residential areas. Since then, the city has recovered. It has a total of thirteen districts and six quarters, I lived in the Zoo quarter.

The city is quite diverse. My partner introduced me to a number of delicious dishes from all over the world, my absolute favorite being Turkish food. Although I got to visit Istanbul this past December and tried traditional dishes, I loved seeing the many Turkish enclaves throughout the city.

My partner is vegetarian and everything I ate was too. One of my favorite wraps that he always ordered from this Turkish bodega was a halloumi wrap. Although I believe the cheese is originally from Greece, it is well incorporated in Turkish cuisine. Halloumi is a hard brined cheese made of goat and sheep’s milk that can be grilled or fried. The process of making it dates back to the Byzantine Empire. It was one of the many pleasures I indulged in during my time here.

My partner also introduced me to one of his good friends, a Nigerian social activist that has been living in Hannover since the 70s. A well respected man, Yumi has many connections and invited us to a couple of volunteer events in the city. My favorite being a barbeque he hosted for new African immigrants in the city.

We arrived to the event early and helped him set up and prepare the food. There wasn’t any traditional African food but once the night got rolling I got to listen to a group of Nigerian men share with each other African music from the 70s. It was such a cool experience. I couldn’t understand anything they were saying, but I did understand that they were reminiscing on some good music and about when they first arrived to the city. I spent most of my time speaking to Yumi’s granddaughter and a man in his 40s that loved reggae music and had just come back from a major reggae festival. 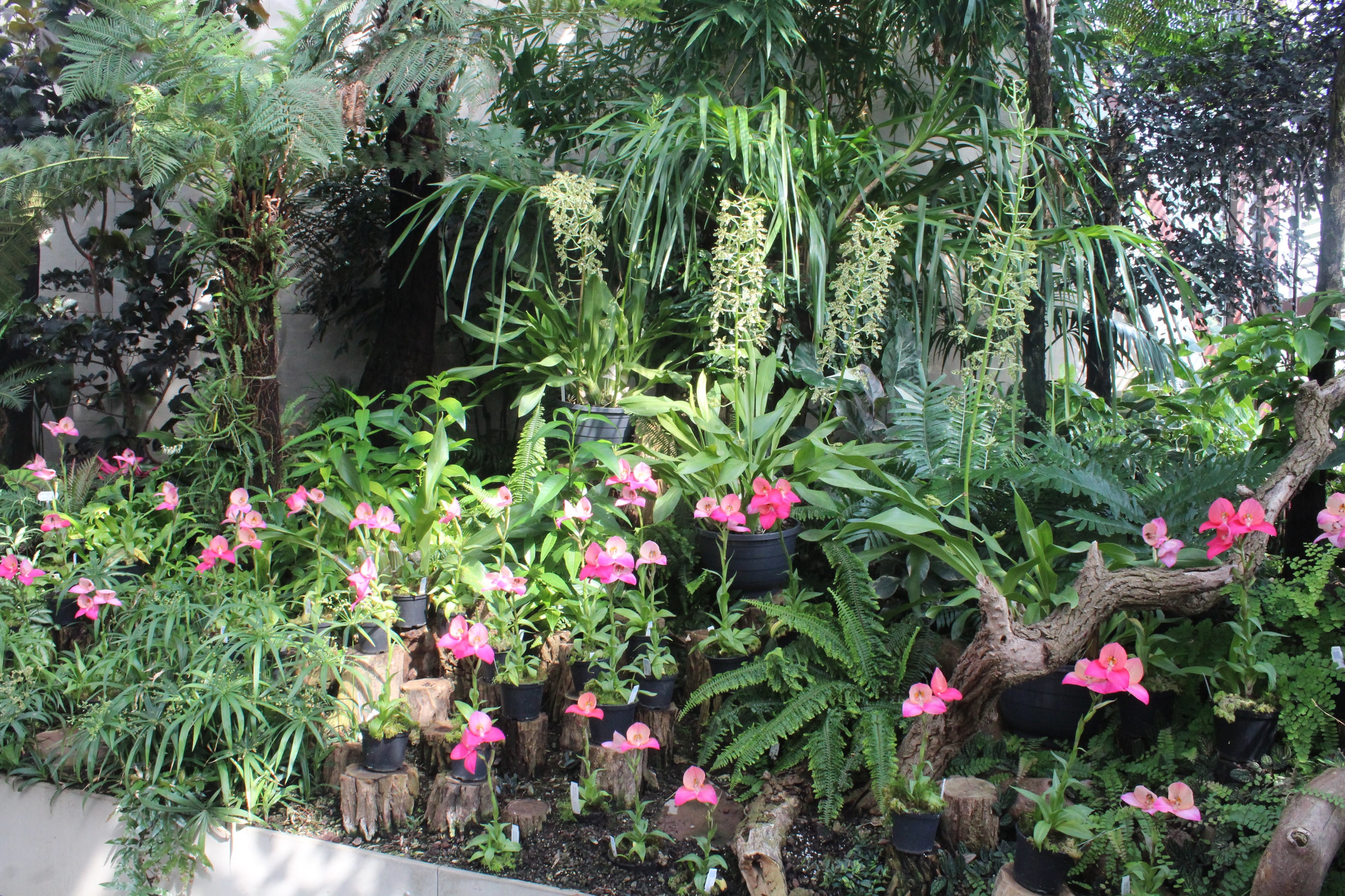 There is a number of stories that I can share about my stay in this city, but I cant narrow them all down. Also, as you can tell, my photos don’t match with what I’m writing about, but in my defense, I got the chance to just live in the moment and opted out of whipping out my camera. If we ever meet in person, I would be happy to share them with you.

I attended a birthday party, sneakerhead convention, danced it up at some nightclubs, had a picnic at the park, cooked a bunch with my love, watched the Mexico vs Germany match at a huge biergarten, taught English as a side hustle for some weeks, rode around the city, ate tons of melon ice cream, ate fries at shutzenfest, bought groceries at different German stores, tried different German dishes, went swimming at the public pool, road the bus and rail, went to a rooftop bar, and yes, the list goes on.

Hannover is known for it’s famous botanical gardens that we got to walk through. As mentioned in my other posts, I’m a sucker for these gardens and of course had to visit at least one of them.

The Royal Gardens of Herrenhausen is a baroque garden and has the highest garden fountain in Europe. Who would have thought!

There are a number of different houses here, the cactus house, tropical house, the orchid house etc. We spent a few hours here and even enjoyed a beer on one of the benches.

So there you have it, my take on Hannover. A lovely city that holds many memories for me. If you’re ever in Lower Saxony, pay it a visit.